Thanks to Dr. Charles I found this great site with a picture of my ancestor, Confederate General Benjamin Franklin Cheatham. He's like my Great-times-ten grandfather. I borrowed the pic. (I am a relative afterall) and wanted to show you the creepy resemblance to my Dad. 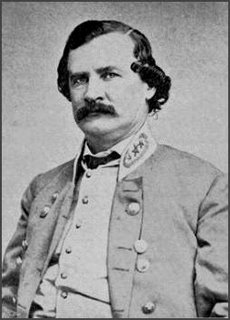 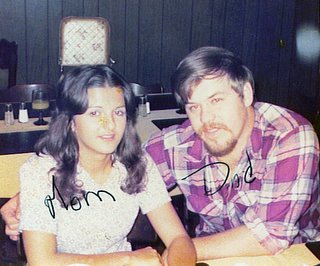 Geez, it is just me or do my parents look a little stoned? I know better (if you knew my Mom...no way!) but they still look it. I think my sister was the one who wrote on the picture (photo blasphemy!!!) because that's not my handwriting. Anyway, I think the resemblance is a little creepy, the Cheatham nose apparently goes back a couple centuries even.

Wow! There sure is a family resemblance there. Your Mom and Dad look cute together. Happy New Year and thanks for the nomination on Mediblogopathy.

amazing! thanks for posting these, i can absolutely see the resemblance!

Wow! I can see the reseblance too.

I can certainly see the resemblance. Your mom is beautiful! I want to thank you for your support when I got that upsetting blog. And thank you for the great recipe. I wish great things for Ari and you!

I really like your blog. I see the resemblance, and yes your Mum is beautiful. Your ancestor reminds me of Kelsey Grammer. I love Frasier and could see him in this sort of get up for one of their dress up parties... Will stop in again soon. All the best.