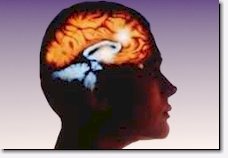 Worked a shift tonight at the hospital. We got out of lecture early, so I headed over there 3 hours before my shift started. Much easier then trekking through traffic home and not wanting to leave my house again. Besides, my school is not very far from where I work. I came in and grabbed some lunch at the cafeteria. Ran into my charge nurse there..(he is my Idol, voted Nurse of the year last year) Anyway, he asked if I could come on early after I ate and sit with a suicide (attempt) patient. I agree as my only alternative was studying alone in the lounge, might as well study with a suicide patient and get paid for it. The patient was actually being discharged and was low maintenance. We had a nice chat, watched some good TV, and I got a little studying done. At the start of my shift I went on the floor. We were short one CA, so no one at the desk tonight. (Why does that always happen on my one or two shifts a month?!)
I had an unusual patient. A man found altered with no ID by EMTs. Broken bones in his face and generally doing pretty bad. When they brought him in they found he had bleeding in the brain(subarachnoid and subdural), enough so that it probably has caused some major brain damage. After a couple days, he's in the clear physically but mentally, still very altered. He was in restraints because he became very agitated and combative and wouldn't stay in bed. He had a sitter too, just a much bigger MALE sitter. Male sitter asked me at one point to relieve him for a break, so I got to sit with this poor man. I talked to him, even though he barely responded with anything intelligible. I told him about his view from the window, how the weather was. He didn't say much to me that made any sense, sounded like gibberish really. The sitter came back and I went back to my other patients. Later as I was walking past the door, the patient started shouting "LIKE YOU LIKEYOULIKEYOULIKEYOU" at me. I went in and said "Mr. X there's no need to shout, I'm right here. " So he starts whispering "likeyoulikeyoulikeyou."
So I guess I got through to him a little.
Social worker figured out his ID and his address. It appears he lived alone, no family or friends found yet.

You're like me, I talk to everyone no matter what level of consciousness or what diagnosis. What a great story!

Go girl !! all it takes is a little compassion some times ( and probably a woman, lol). It must give you a real boost.

good for you, the interaction you had with that man is likely the most meaningful thing to happen to him in a very long time.

i've had a few episodes in hospitals where i haven’t been all together yet i've never forgotten any of the medical staff who were able to extend a little of themselves. sounds odd, maybe but it means a lot none the less.

That's awesome Jodi. You reached a probably "unreachable" person. I feel your warmth through the blogosphere.