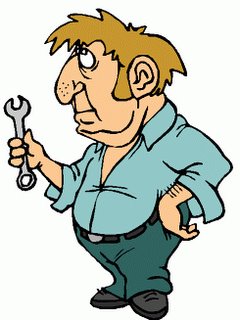 I can think of a handful of occupations in our culture that have a majority of sleazeballs carrying the title.

Mechanics, Lawyers (some...Kelly..... Some) , Evangelists,Clowns, and Dentists. Yeah...... That's right I said Dentists. I have been lied to by a dentist before and have witnessed same to a few friends. I mean, how do you KNOW you really have a cavity unless they actually show the x-ray (which most don't). When I was in LA, I went to the dentist and was told I had 4 cavities. I had to go on a payment plan with them to pay for the fillings and the whole time I'm there they are trying to sell me some fancy toothpaste and fluoride treatments that they sell only there. Later, a friend of mine goes into same dentist and is told she had 6 cavities and needed a root canal. She knew about the root canal (pain was the reason she was there). The quote was so expensive she decided to hold off and go to the AF Base where dependents CAN be treated on a last priority basis (you could literally wait all day to be seen and never get to). The base dentist saw her and told her, yes she needed a root canal (it had even abscessed) but she only had 2 cavities.
She asked why would the other one lie. The base dentist asked almost joking "Did they have a new office building?" Sure enough the practice was brand new and fully staffed. Dentists are Doctors for pete's sake! 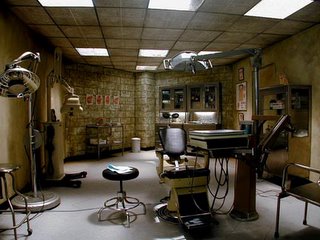 A little ADD today so bear with me. Anyhoo, My car had been doing this HORRIBLE screeching for a few months, ever since my oil change place changed my belts out. (2 belts, my A/C belt and my alternator belt.) I took it back and the mechanic said there's nothing wrong with it, he said they were new belts and sometimes they need breaking in. He put some oil on them and sent me on my merry way. I took it back the next day after the oiling didn't work, still screeching, and seemed to be worse when I ran my A/C. He had the car all day. Calls me and says, it's not the belt, it some fancy schmancy A/C part that's gone bad and the belt is making the noise because of it. I actually say "Well that's odd because, my belts made no noise whatsoever before you replaced them, What incredible timing that is." He agrees. Well I told him, I'll just have to do without A/C because $800 was way too steep for me, even for the TX heat, and I'll just have to deal with the screeching.
That brings me to Saturday night, driving home from hanging out with Jen. I'm driving hearing the usual screeching and then suddenly the screeching stops and simutaneously I feel something fall out of my car and I run over it. At the same time, my battery light comes on. I have an instant revelation, It wasn't my A/C belt, it was my alternator belt. (My past experiences with piece of crap cars gave me the knowledge that Batteries and alternators are best friends)
By the time I got home, coolant and steam was spurting out from my hood. Yeah, I know I should have stopped but I was on a not so busy highway at 1 am, there was no way!
It actually started again the next day so I took it to Firestone (about 1/4 mile away) the closest place that happens to be open on Sundays. My alternator belt was missing alright and it damaged my alternator and power steering belt in the process of snapping off at 65 mph. Grand total $460 dollars.
I know I should've pressed the issue with the initial mechanic. I'm just so passive and hate confrontations. I thought my sarcastic remarks would do it.
Thank-you Jenni, Cathy, and Jon for being my ride the last 2 days. Finally have a vehicle again and I feel less vulnerable. I'm gonna have to put a rush on my tax refund though. I used my school money to fix the damn car.

I hate HATE being carless. It sucks. So anyhow, I just stopped by to say I left YOU a message on my blog (yes thems fightin words) and what else, ummmm oh yeah dentists are sleezebags. I had a dentist that charged my insurance for something they didnt do, and when I called him on it, he tried to charge me an extra 400 bucks, after all I hadnt already paid him like 2000 for my damn crowns....dumbshit, my mother used to be a dental assistant and I know STUFF about billing......
Mom

Hon, my heart goes out to you.

Having been a single mom for 6 years, I need to tell you: rule #1 was never let the car break down. (I did run out of gas once.)

I found an honest mechanic and became my best friend. I used to bake him pies because I adored him for telling me the truth, the whole truth and not ripping me off about my car.

I know about those dentists. I had to get up out of dentist chair twice because they were nutso wanting to fill cavities that weren't there.

It seems every mechanic I've been to, lied to me at one point. If any honest mechanics are reading this.....
Here's another one, A couple years back, in my old pontiac. My steering wheel wouldn't lock. It actually moved when I drove. Drove it for a year like that (got used to it). I finally took it in and left it. Mechanic calls me hours later, it was gonna be a couple hundred dollars...he was gonna have to order a special kit, lots of labor. I said no way, can't afford it, but I'll pay the $30 consult fee. He gets mad at me on the phone, says he had it all pulled apart and ready to fix. I say, well put it back. I get there an hour later and pay the 30 and get in my car. The steering wheel was fixed. hmm, what happened to the Kit and hours of labor?
GGGRRRRRR

Oh man that really sucks! I went in for something emissions related on our camry once and came out with a hole in my radiator! They said they didn't do it, yet, it wasn't like that when I went in. Uggh! I'm needing service on our car soon and am scared to take it anywhere, I have been burned one too many times!

Having just had to replace both my battery and alternater, I commiserate.

As for the first mechanic, I say "Small Claims Court". Here in CA you can sue in SCC up to 5000 dollars. You can do it yourself, no lawyer needed. Just have copies of your receipts from both places and let the judge know what happened on the freeway. That's a lot of money that you can recoup.....

Unfortunately your dental experiences are not unique, as you know. There are a couple of things that you can do to try to see if work that is being suggested is valid:

Ask questions, have them show you the problems on xrays and try to find an office that has and uses intraoral cameras. There's nothing more convincing than seeing the hole in your tooth magnified 10X.

If you're still not convinced get a second opinion at a dental school. Research has shown that dental students (who are always supervised) provide you with the most unbiased diagnosis, treatment plan, and alternatives.

Thanks for your input Doc! I see from your blog you are an Endodontist. It's good to meet an honest one.
If I lived in Canada, you'd be the one I'd see.
I liked your entry on the connections between Antibiotics and Pseudomembraneous Colitis.

Great blog. Sorry for your misfortune. I feel compelled to opine regarding the mechanical aspects of your post. Kinda just so you know for the future. Fanbelts screech when they are too loose; this causes them to slip and screech. "Regular Oil" will also cause this to occur. Some mechanics will spray on a special graphite lubricant/cleaner instead of cleaning the rollers and the belt so don’t put oil on a fanbelt.

Here is some really good advice for you who find yourselves mechanically disinclined without an honest mechanic. Go visit your local fire station. Establish a rapport with them by bringing them some cookies or a half-gallon of Ice Cream if you must (cheap vanilla is just fine thank you). Ask for a station tour and bring some kids if you have them, borrow some if you don't or just show up by yourself. We used to get a least two or three people a week stopping by so don't feel it is out of the ordinary. Just say you're thanking them for being around, if you need a reason. Ask questions about shifts, duties, calls, ect...Especially if your car is having a problem. Just stop by and say your car is doing something strange and would they know what it might be? Firefighters will actually fall all over themselves to help you out. They are knowledgeable in most things mechanical-comes with the job and can almost always steer you to a reputable mechanic.

Don't put it off, do it this week. I cannot tell you how many times we had someone stop by. Once, a local stopped by for a chat, we ended up going to their house to check the smoke detector (yup, dead battery), the neighbors came to see what was up, ended up fixing several smoke detectors in the neighborhood as well as replaced an elderly couples water heater that had been badly leaking for months but couldn't afford to get it repaired (we have a fund for stuff like that and I don’t mean to be pushing buttons here so please don’t thank me, it is part of the job)This illustrates how someone with a simple question about evacuation routes ended up helping out their whole neighborhood. Do yourself this favor, you will not regret it. If you still need a reason, just tell them a firefighter friend in California told you to stop by… jeffg

That's great advice Jeff, Thanks!
and Thanks for reading.